Spotify today announced that it is collaborating with Netflix to launch a dedicated Netflix hub within the service. This hub can be accessed from the mobile as well as the web version of the service.

The dedicated hub will serve as a one-stop shop for all Netflix-related media, some of which is exclusive to Spotify. This includes official soundtracks for Netflix shows and movies, including popular new show ‘Squid Game’ and Lin-Manuel Miranda’s feature film ‘Tick, Tick… Boom!’ as well as official playlists featuring all licensed songs featured in shows such as ‘Money Heist’ and ‘Bridgerton’. 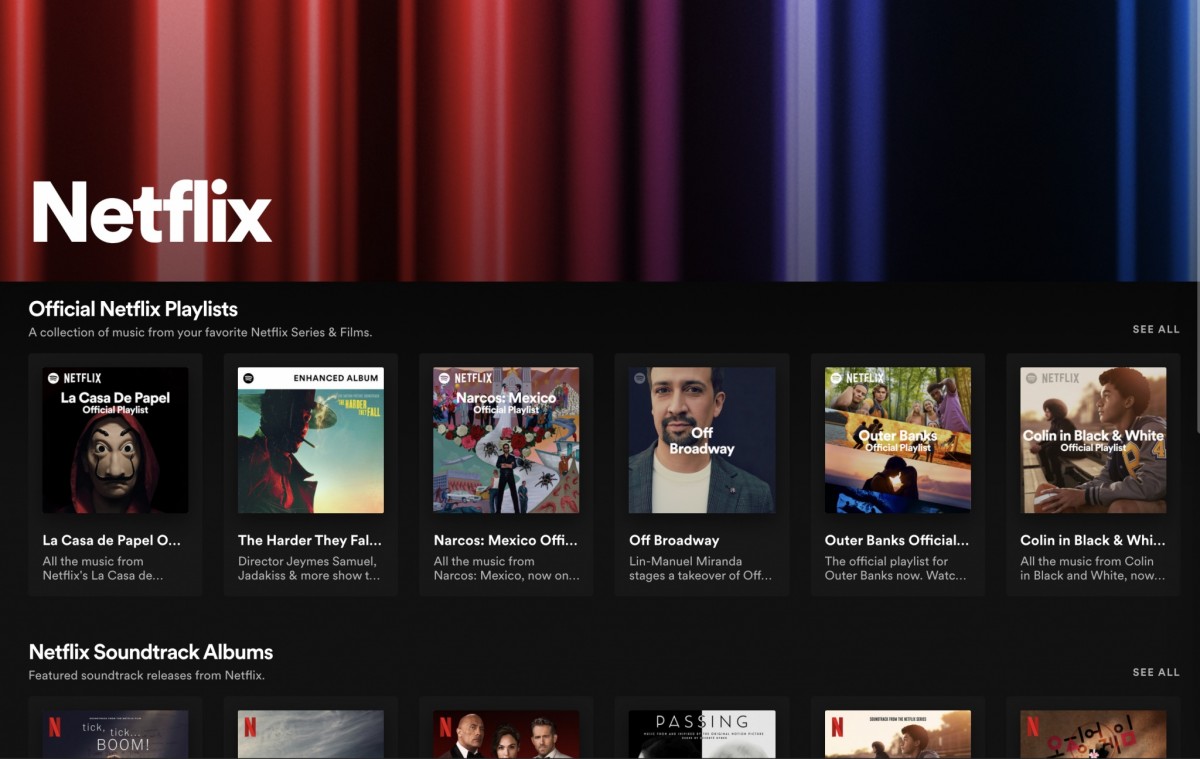 The hub is also a place for all the podcasts surrounding the various media Netflix makes, including titles such as ‘Netflix Is A Daily Joke’ and ‘The Crown: The Official Podcast’. Netflix also has Enhanced Albums for select titles, such as the new film ‘The Harder They Fall’, which, along with featuring the soundtrack from the film, also includes behind-the-scenes look at the creating of the soundtrack.

The new dedicated hub for Netflix is similar to the one Spotify made for Disney a couple of years ago. It, too, features soundtracks, playlists, and podcasts surrounding the various Disney media. As you’d expect, that is a significantly more populated hub compared to Netflix’, which is surprisingly sparse as only select content has been added so far.

The new Netflix will be available to free and premium subscribers in the the U.S., Canada, Australia, New Zealand, the U.K., Ireland, and India. You can find it by searching for “netflix” in the app or by clicking here.